On Thursday April 28, 2022 at 612am Springfield Fire Company responded to assist Clifton Heights Fire Company on a building fire with possible entrapment. Springfield sent two engines with 8 firefighters along with numerous other neighboring fire companies. The fire was upgraded to two alarms by Chief 3. Firefighters were pulled out due to structural concerns. The fire was placed under control and companies were released after about 4 hours. Two of our newest firefighters got to do some work in the “D” side exposure building. They were a little late for school. 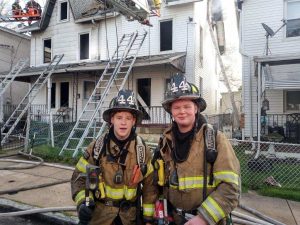 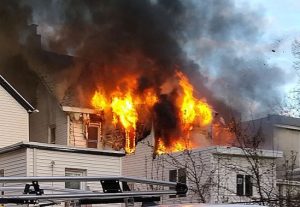