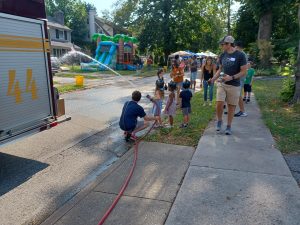 On Sunday September 11 at noon Tower 44 and Snorkle 23 (Media) provided an arch for Mission BBQ’s 9/11 Memorial ceremony. We thank Mission BBQ for recognizing the military and first responders on this solemn day. They are a great community partner. 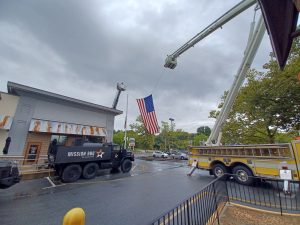 On August 9 at 1024am Springfield Fire Company responded with mutual aid to assist Media Fire Company on a report structure fire. Chief 23 had several buildings with smoke in them from an underground transformer fire. Tower 44 with 6 members responded and assisted with checking the businesses and ventilating them. Crews were on scene for approximately 3 hours.

While on scene Bob Kelly from Fox 29 stopped and took time to thank all the firefighters. Bob is always upbeat and it was great to see him. 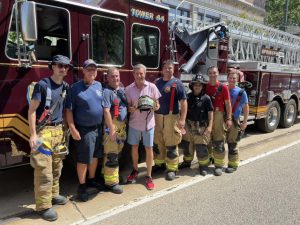 On Sunday August 7 at 1107 am Springfield Fire Company responded to assist Company 53 (Broomall) on a car fire on 476 North at mile marker 8.5. Crews arrived and found the interior of a car on fire and extinguished it with one handline. There were no injuries and the highway was tied up for about 45 minutes. 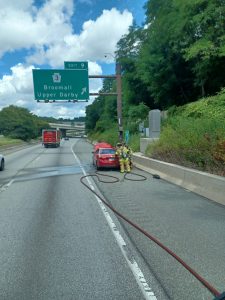 The Springfield Township Police are hosting the National Night Out at the Springfield Country Club on Tuesday August 2 starting at 6pm. Please come out and show your support for our officers. Stop by the hot dog give away and say hello to our firefighters. We look forward to seeing everyone. 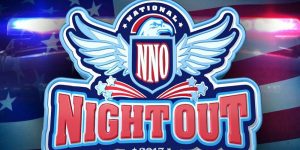