On July 20 at 115pm Springfield Fire Company, Ambulance, Police and Crozer Paramedics were called to the area of East Woodland Avenue for an accident with a car into the building. Chief 44 (Thomas) arrived and reported one car into the building with the driver trapped and several injuries’. Squad 44 and Rescue 44 worked to remove the driver of the vehicle. Numerous ambulances responded to assist, Delaware County Paramedics, Swarthmore Ambulance, Collingdale Ambulance, Media Fire Company Paramedics and Woodlyn Ambulance. All the injured were treated and transported to local hospitals. The scene was turned over to the Springfield Police and L&I. The fire company would like to thank the Juice Pod for donating smoothies to the first responders to keep cool. 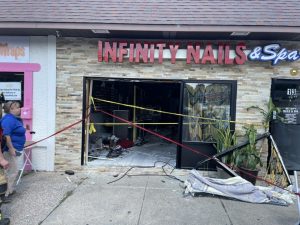 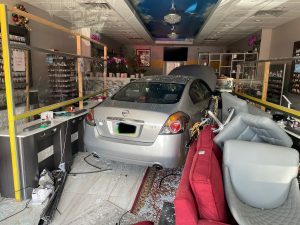 Are you ready, Springfield? We’re less than a week away from the first-ever food truck event! This is going to be a great time! There will be a variety of food trucks, from local favorites to nationally known trucks, each offering something to appeal to your taste. And for entertainment, “one of the most recognizable names in the Philadelphia music scene”, LeCompt will be performing live!

LeCompt is scheduled to perform 6pm-ish to 9pm-ish

I'll be there serve rain day it rains 

While shooting a Kelly Drives segment, ran into Springfield Tower 44 taking care of a transformer fire on State St in Media. Thanks for keeping us safe in this heat. ... See MoreSee Less

Thanks for all you do!

Nice Picture of Uncle Bob and the Springfield Fire Department

Thank you and stay hydrated!

Melissa Steinhauer there u have it! Was this the source of ur issues at work?

On Sunday August 7 at 1107 am Springfield Fire Company responded to assist Company 53 (Broomall) on a car fire on 476 North at mile marker 8.5. Crews arrived and found the interior of a car on fire and extinguished it with one handline. There were no injuries and the highway was tied up for about 45 minutes. ... See MoreSee Less

Thank you for your service! I’m glad no one was hurt!

Thank God no one was injured. God bless all of you.